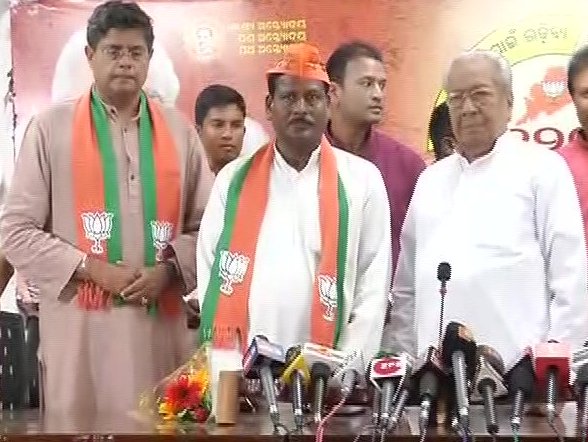 Tarai, a former Lok Sabha MP from Jagatsinghpur, joined the Saffron party at its headquarters here in presence of senior party leaders such as Biswabhusan Harichandan, Baijayant Panda, among others.

According to sources in the BJP, Tarai might get a party ticket to contest the upcoming polls from Jagatsinghpur Lok Sabha seat.

Tarai, according to his resignation letter, was upset with party’s top leadership over his candidature. He was interested for Jagatsinghpur Lok Sabha seat but the party has has fielded him from Tirtol Assembly segment.

He has also alleged that the Congress has given party ticket to one who is involved in a murder case and chargesheeted by the police.

Besides, Tarai alleged that the Congress seems to have signed a secret deal with the Biju Janata Dal by fielding weak candidates across the state to allow the ruling party an easy victory in the elections.

It may be recalled here that Tarai had won the Jagatsinghpur Lok Sabha seat on a CPI ticket backed by BJD in 2009 but later he was expelled from the party for alleged anti-party activities. Then, he had joined the Congress ahead of the 2014 general elections.