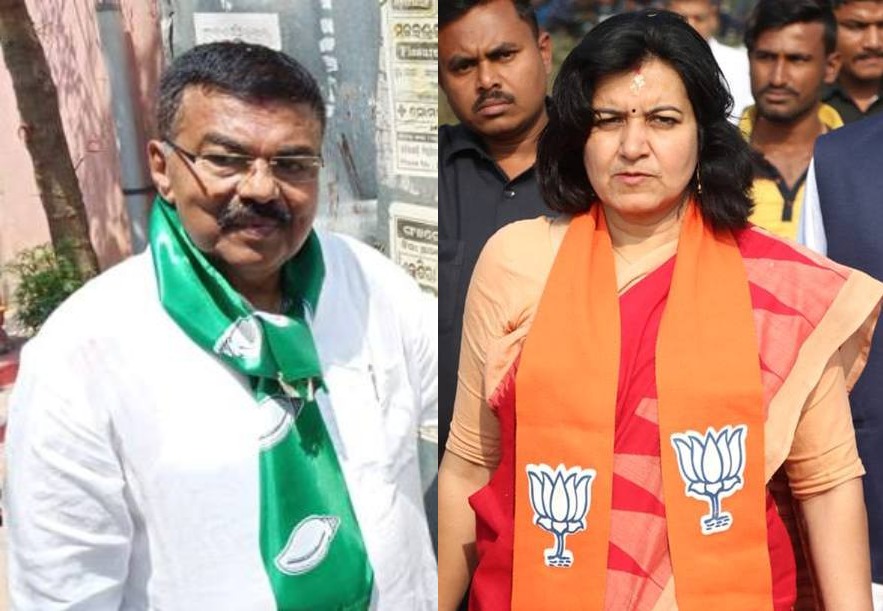 Bhubaneswar: It’s a fight between a former IAS official and an ex-IPS officer in the prestigious Bhubaneswar Lok Sabha constituency in Odisha.

For the first time, Bhubaneswar, which goes to the polls in the third phase of Lok Sabha elections on April 23, will witness a battle between two ex-bureaucrats.

Interestingly, both the former bureaucrats have plunged into electoral politics for the first time.

The Congress, meanwhile, has backed senior Communist Party of India (Marxist) leader Janardan Pati to give challenge to the new entrants in this high decibel political battle.

However, political observers feel that it will be a direct fight between the ruling BJD and the BJP for the Bhubaneswar Lok Sabha seat.

Sarangi, who was serving as a Joint Secretary with the Union government, took voluntary retirement to join the BJP last November. Patnaik, on the other hand, was looking after the affairs of the Biju Yuva Vahini in the state after formally joining the BJD last year.

Both the candidates are toiling hard in the campaign field to impress the voters.

Sarangi, who has served as the Commissioner of Bhubaneswar Municipal Corporation (BMC) and Khordha District Collector, is a known face. She is leaving no stone unturned to make her presence felt in the constituency ever since she joined the saffron party.

In 2014, Patasani defeated BJP candidate Prithviraj Harichandan from the seat by securing 49.25 per cent of the total votes polled. Patsani bagged 4,39,252 votes, Harichandan got 2,49,775 votes while yesteryear film star Bijay Mohanty, whom Congress had fielded, came a distant third with 1,45,783 votes.

The Bhubaneswar Lok Sabha constituency has over 16 lakh voters, including 8,64,256 men, 7,36,263 women and 381 belonging to the ‘other’ category, as per the Election Commission data.

Both Sarangi and Patnaik are hoping that the electorates will bless them in the elections after star campaigners of the BJD and the BJP campaigned for them.

“As I move around the Bhubaneswar parliamentary constituency, the undercurrent for a strong and decisive government led by Narendra Modi is becoming more apparent. Many localities of Bhubaneswar have realised the tactic of the ruling BJD in distributing money and liquor, and are now ready to call its bluff,” said Sarangi.

Patnaik is pinning his hopes on the Chief Minister’s popularity and the organisational strength of the BJD, which won all the Assembly seats coming under the Lok Sabha constituency in 2014 and 2009.

“I am interacting with the maximum number of constituents and discussing their problems. The Chief Minister has worked tirelessly for the people. I hope the people will bless me to serve them,” said Patnaik.