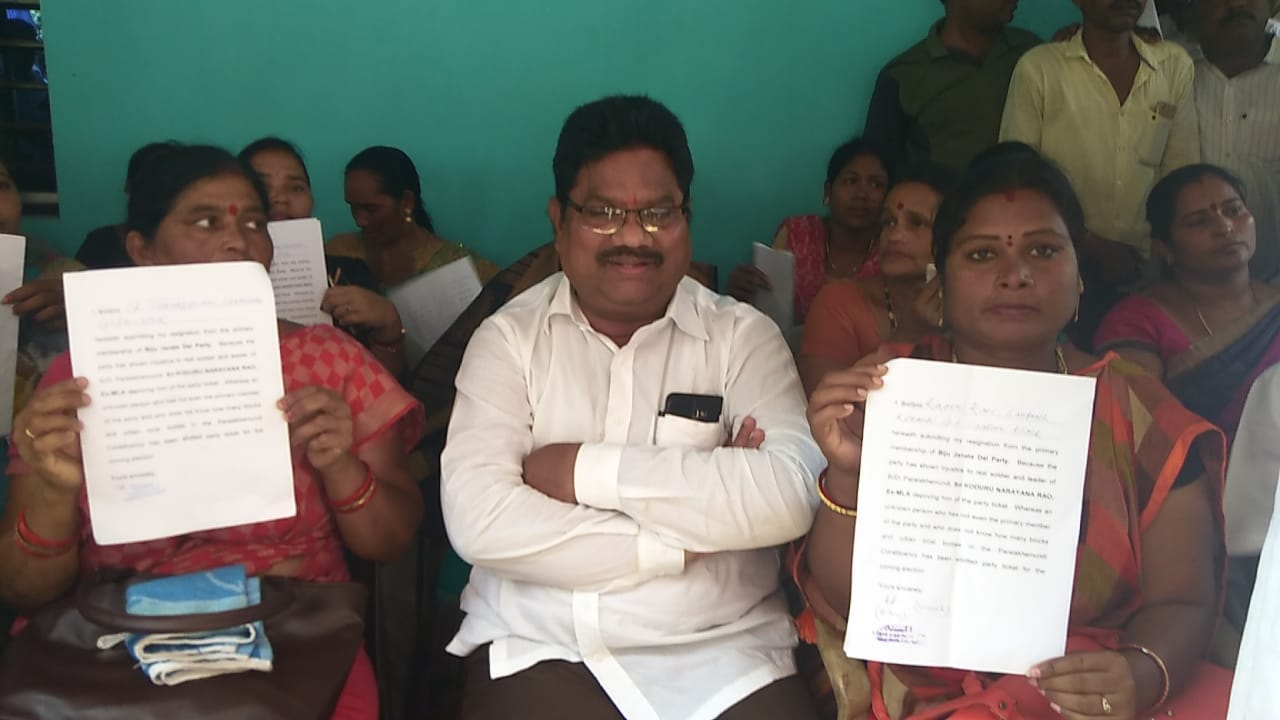 Paralakhemundi: Dissent over assembly and parliamentary seat allocation is high with various displeased leaders who have not been assigned tickets for 2019 polls resigning from their respective political parties.

Former Paralakhemundi MLA Koduru Narayan Rao of BJD has filed his resignation from BJD today after being denied a party ticket to contest in the Assembly polls. In a letter addressed to the party supremo Naveen Patnaik, Rao has expressed his dissatisfaction over distribution of tickets for Paralakhemundi constituency.

“I have been deprived of a party ticket. An unknown person who does not even have a primary membership in the party and does not know  the number of blocks and urban local bodies in the constituency has been allotted a party ticket in the upcoming elections,” he wrote.

According to reports, over 60 people’s representatives have resigned from the ruling party today, along with Rao.

Notably, Kalyani Devi, the daughter of Parala king and two-time MP Gopinath Gajapati has been allocated the BJD party ticket for Paralakhemundi constituency in the upcoming general elections.