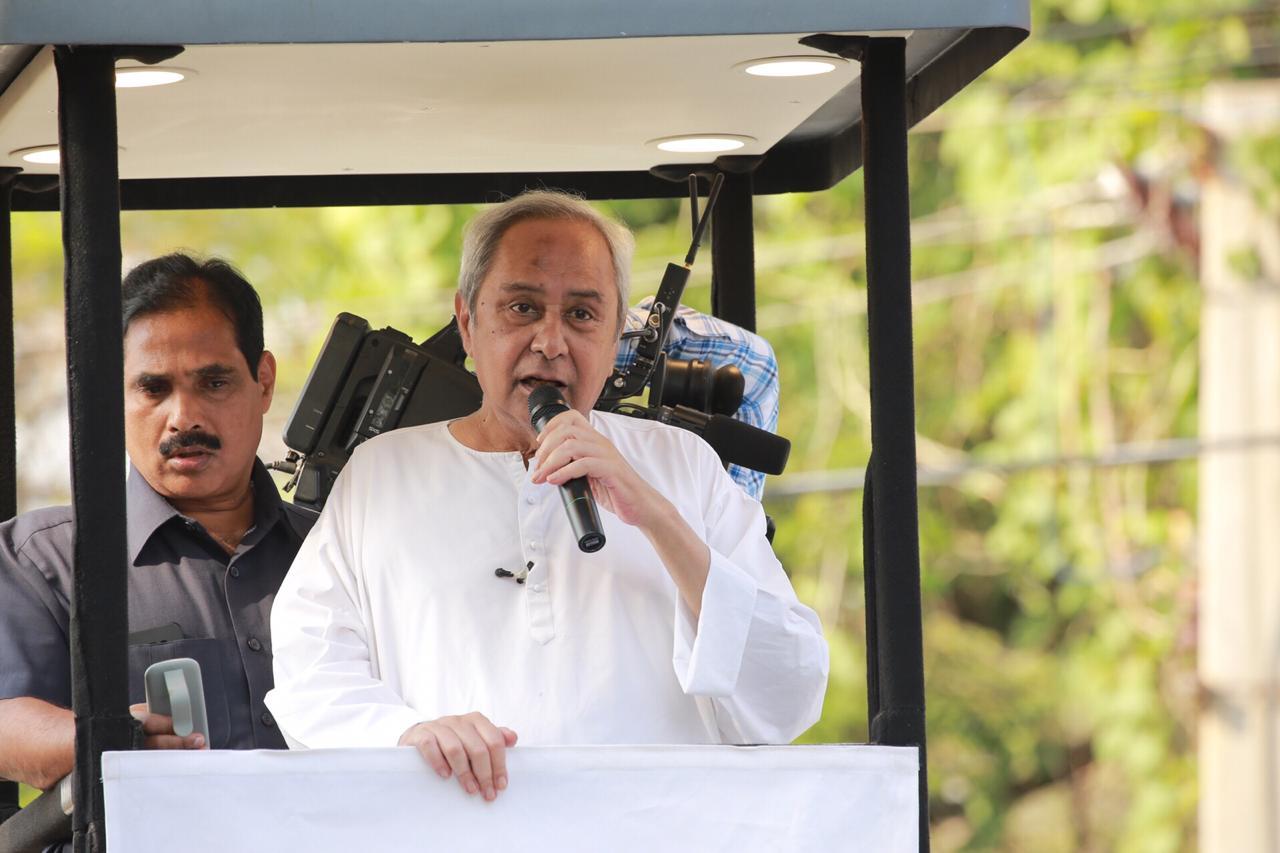 Jaipatna: Couple of days before the commencement of Lok Sabha and Assembly polls in Odisha, Chief Minister and BJD supremo Naveen Patnaik today launched attack on central leaders over their non-fulfilment of promises regarding various projects in the state.

During his election campaign at Jaipatna in Kalahandi, Patnaik said the central leaders flock to the district only during elections season.

“They (central leaders) need to be asked what happened to the promise of establishment of Bhawanipatna Rail Wagon Factory, doubling of MSP and irrigation to every farmland. Why KBK Yojana and scholarships for SC & ST students were stopped?,” said Patnaik at a public meeting here.

Taking a jibe at BJP’s ‘double engine’ mission (formation of BJP government both at Centre and Odisha), Patnaik said development of women is the real ‘double engine’.

He also reiterated BJD’s promise of hiking medical assistance for women under BSKY from Rs 7 lakh to Rs 10 lakh, free education for girls, marriage assistance of Rs 25,000 for poor families, accidental insurance to all SHGs, interest-free loan of Rs 5 lakh to all SHGs and Rs 5,000 crore work per year for women under Mission Shakti.

Terming the people of Odisha as his family, Patnaik urged the gathering to vote in favour of MP and MLA candidates of the BJD in the polls.