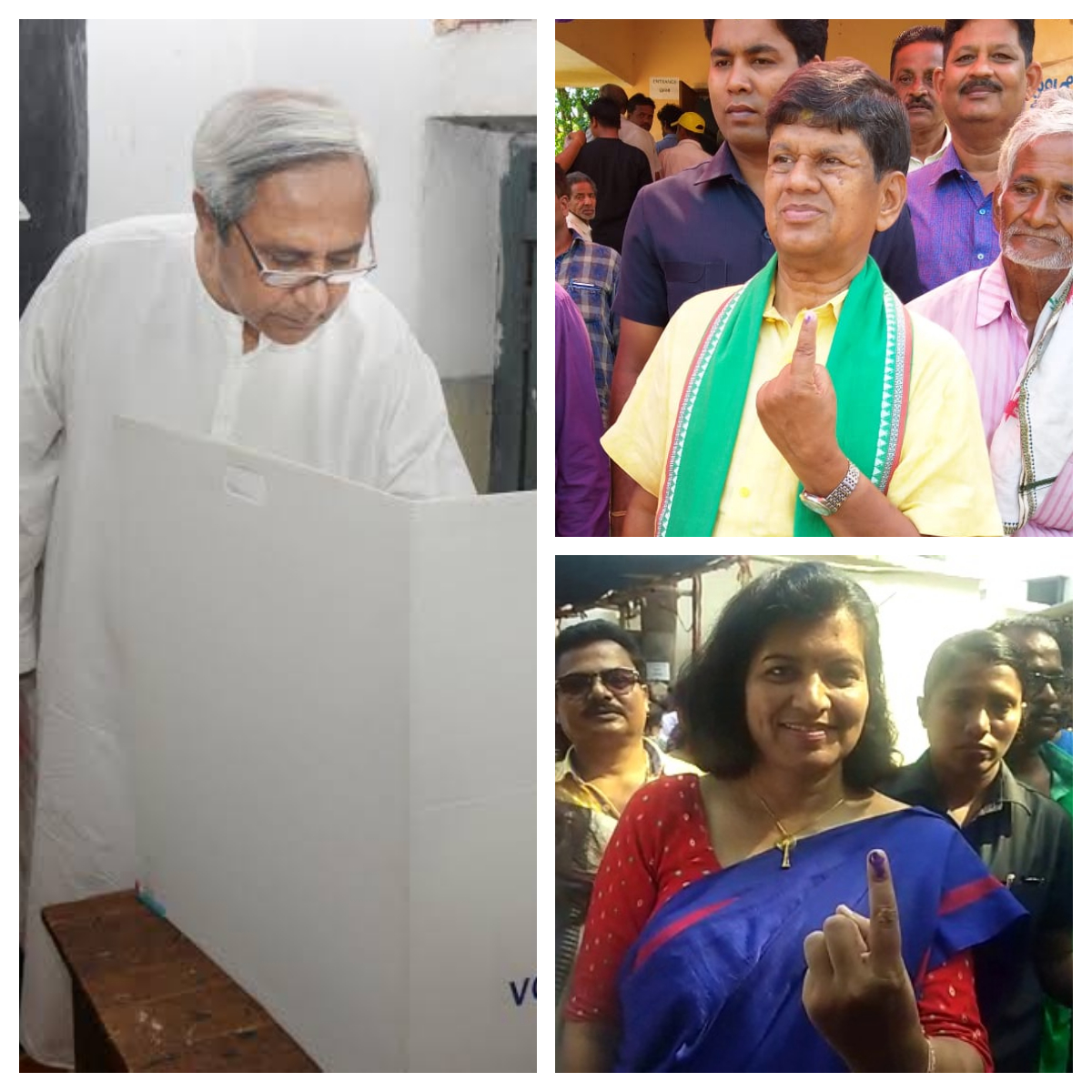 Amidst huge crowd and voters standing in long queue, the Biju Janata Dal (BJD) Supremo Naveen Patnaik entered into the polling booth number 112 at Aerodrome Colony UP School in Bhubaneswar and cast his vote.

BJD Rajya Sabha MP Soumya Ranjan Patnaik also cast his vote at booth number 77 in Khandapara, where he is contesting as the Assembly nominee in the polls.

Union Petroleum Minister Dharmendra Pradhan along his wife also exercised his voting right to elect representatives for both Lok Sabha and Assembly.

Actor turned politician Anubhav Mohanty was also spotted with his family in queue in the morning to cast his vote in Cuttack.