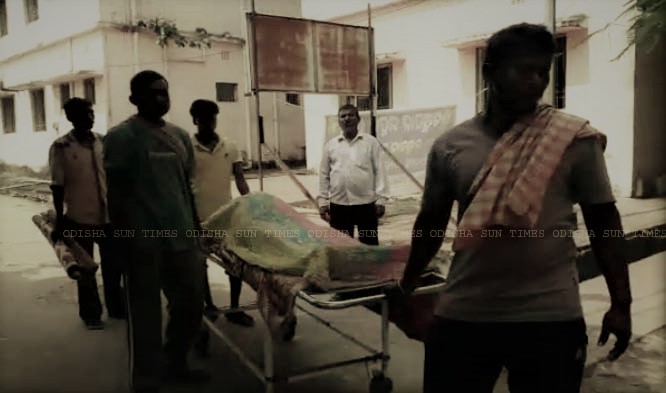 Baripada: A tribal woman and her unborn child died late last night while being shifted to the government-run hospital in Odisha’s Baripada in an ambulance which ran out of fuel.

The woman hailing from Hanida village in the district was admitted to Bangiriposhi CHC for institutional delivery. Before she could give birth to the child, her condition became critical.

While shifting them in an ambulance, the vehicle ran out of diesel near Kuliana. In the meantime, the condition of the woman worsened leading to death.

“After my wife suffered labour pain, I took her to Bangiriposhi hospital yesterday. The doctor referred the patient to district headquarters hospital. Midway, the ambulance ran out of fuel and the ASHA worker dialed for another ambulance. By the time the next ambulance arrived, it was already one-hour late. Upon arrival at the hospital, she was declared dead,” said husband of the woman, Chittaranjan Munda.

“The ambulance driver should have known that the vehicle was running short of fuel. I hope others don’t suffer like me,” a sobbing Chittaranjan said.

A case has been registered and the body was sent for postmortem.