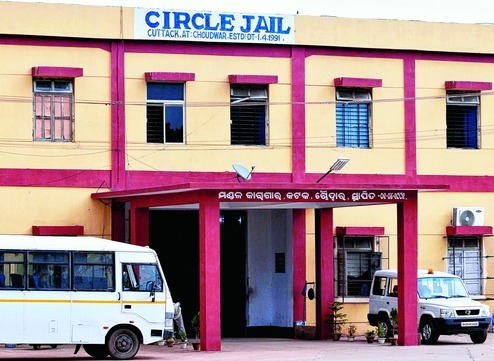 Cuttack: An undertrial prisoner was allegedly murdered on the premises of Choudwar Circle Jail following a verbal spat with another prisoner, here today.

The deceased has been identified as, Ramesh Pradhan, a resident of Tulasipur in Cuttack and was serving punishment since the last five years for a murder case in 2011.

According to reports, Pradhan and another prisoner, Jalandhar Samal got into an argument while they were both working in the garden, following which Jalandhar attacked him with a hoe, slitting his throat.

The victim was rushed to SCB Medical College and Hospital in a critical condition, where he succumbed to his injuries. He was supposed to be released from jail on July 3.

The culprit, who is currently serving the sentence of life imprisonment, has been detained by the jail authorities for questioning.