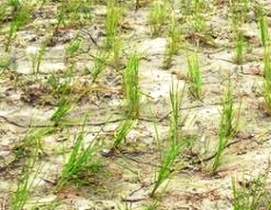 Bhubaneswar: Odisha has received 9 per cent deficit rainfall in July, official sources said today. The state experienced a rainfall deficit of 31.5 per cent in June this year.

Cumulatively, only Koraput district has received surplus rainfall of more than 19%.

On average, the State experiences 15.4 rainy days in the month of July. There were 13.7 rainy days during July this year. In June 2019, there were 7.4 rainy days against the normal average of 9.9 days.