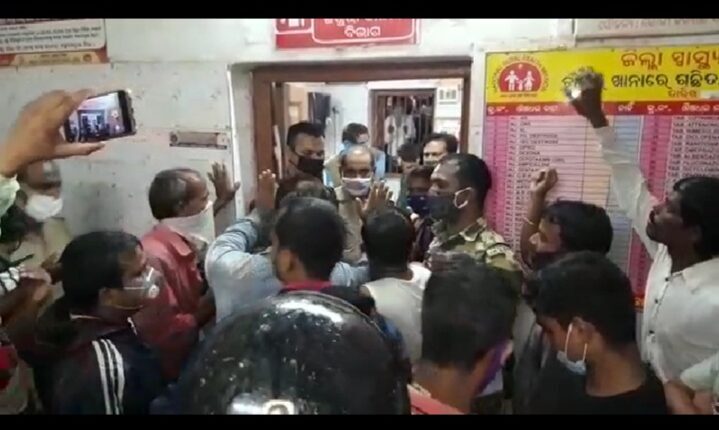 Bhadrak: Tension ran high at the Bhadrak District Headquarters Hospital (DHH) in Odisha today over the death of a retired Army personnel during treatment as kin of the deceased alleged that he died due to medical negligence.

According to reports, Satyendu Mallick of Thakurapatna under Dhusuri police limits in the district was taken to the Dhusuri Community Health Centre by his family members after he fell into a pond.

He was later shifted to the DHH as his condition deteriorated. He breathed his last while undergoing treatment at the hospital.

However, his family members alleged that he died due to negligence on the part of the doctor and manhandled some of the hospital staffers. They also ransacked properties at the hospital.

On being informed, Bhadrak Town police reached the hospital and took stock of the situation. Cops have been deployed on the hospital premises to avoid any further untoward incident.

On the other hand, the hospital authorities refuted the allegation of negligence during treatment.