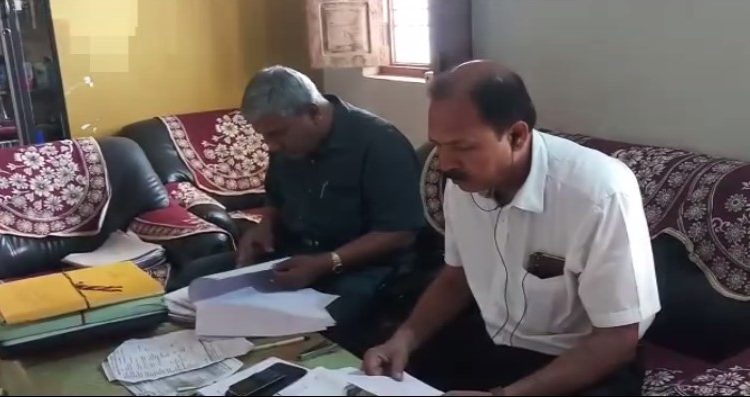 Nabarangpur/Sambalpur: Launching a massive crackdown on corrupt government officials in Odisha, Vigilance sleuths today raided offices and residences of two officials in  Nabarangpur and Sambalpur on charges of amassing assets disproportionate to their known sources of income.

A joint team of of Vigilance officials of Jeypore and Nabarangpur units under Koraput division conducted raids at rented house of Nabarangpur RTO Ganeswar Konhar in Nabarangpur district.  Simultaneous raids were conducted at as many as six places in Phulbani, Paralakhemundi and Bhubaneswar today.

Recently, a video had surfaced in media exposing the RTO official of taking bribe of Rs 70,000 from a job aspirant for permanent posting.

Sources said that the Vigilance sleuths have collected some confidential documents during searches.

Meanwhile, another team of Vigilance raided the houses of Kuchinda NAC Executive officer Jitendra Mohapatra. The raids were conducted at four places simultaneously in Jharsuguda and Sambalpur.

Till the last report came in, the raids were underway.

Lara Dutta: Hunger and curiosity have kept me going