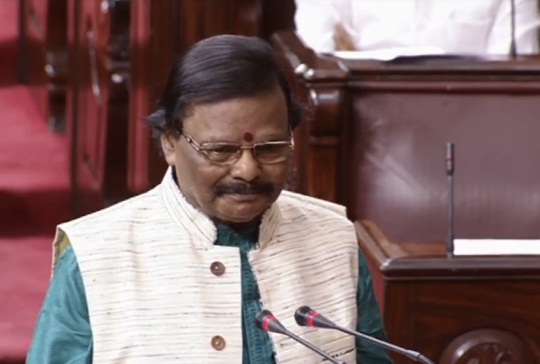 Mohapatra took oath in Odia language in the presence of M Venkaiah Naidu, Vice President and Chairman of the Upper House of the Parliament.

Worth mentioning, Mohapatra is an internationally renowned authority on stone carving. Practicing since 1959, he has trained over 2000 students. He has contributed to the preservation of traditional sculpture and ancient monuments, and has worked on the beautification of the Sri Jagannath Temple, Puri.

His famous works include a 6-feet-high statue of the Sun God carved in grey sandstone, in the Central Hall of Parliament; and the Wooden Buddha, Buddha Temple, Paris.

12-feet-long python rescued from showcase inside house in Odisha