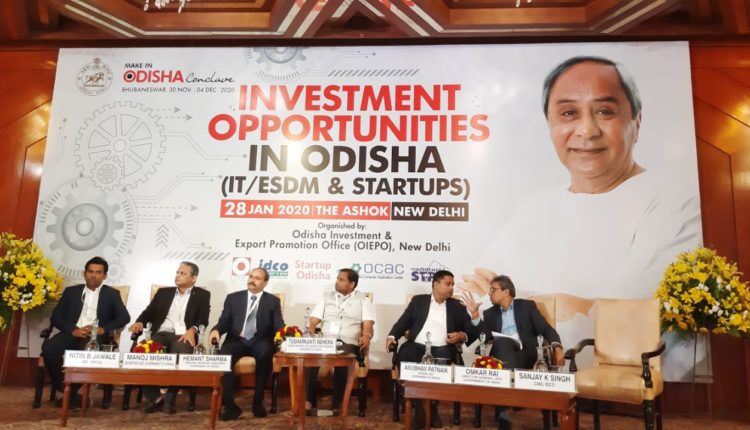 New Delhi/Bhubaneswar: The Odisha government on Tuesday organised an investment meeting in New Delhi highlighting investment opportunities in the Electronics and IT (E&IT) and startup sectors.

The event was attended by representatives from the IT and Electronics industry based in the national capital region.

The road show focused on how the state is growing and attracting investments in the IT and electronics sector.

The investment meet is part of Odisha government’s initiative to connect with potential investors in the lead up to the third edition of the biennial investment conclave ‘Make in Odisha’ scheduled from November 30 to December 4 this year.

“Odisha is known to be one of the first states to get the top four IT companies to set up centres on its turf. Our next phase is to ramp up Information Technology (IT) and ITes (IT-enabled services). In its geographic location, Odisha has many inherent advantages. We have an abundance of rivers and some well-developed ports,” said Industries Secretary Hemant Sharma.

“Recognising the importance of ESDM, the government has announced a special incentive package scheme for the sector comprising of subsidy on fixed capital investment for plant and machinery, exemption from Entry Tax on acquisition of machinery and equipment, Training subsidy, etc. We are very hopeful that we will be able to establish ourselves as the premier industrialised state in the country,” said Jawale.

IT secretary Manoj Mishra said, “Odisha is en route to emerging as one of the most favored destinations for IT and electronics investments. The government has recast its existing Information and Communications Technology (ICT) policy. In the reformulated policy, the government is offering reimbursement of the Goods and Services Tax (GST), both to new and existing units.”

Odisha to prepare database of healthcare workers for COVID vaccination