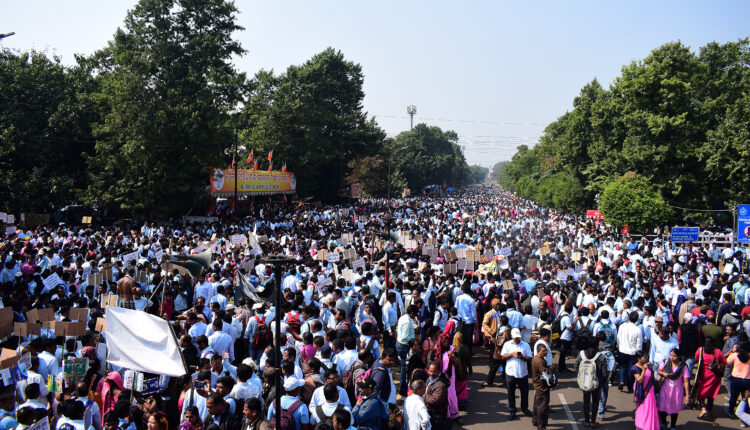 Bhubaneswar: Odisha Legislative Assembly Speaker Bikram Keshari Arukha today gave a ruling in the House directing the State Government to look into the demands of the agitating primary school teachers.

Earlier in the day, Opposition BJP and Congress MLAs created ruckus in the House during Question Hour raising the issue of the teachers, who have staged dharna at Lower PMG here.

The Opposition members rushed to the Well of the House and resorted to sloganeering.

Amid pandemonium, the Speaker adjourned the House till 11.30 AM. Later, he gave the ruling.

Worth mentioning, the agitation by the reachers entered second day, today.

They are demanding abolishment of contractual employment of primary school teachers, six promotions & government job status to the employment of all assistant teachers and junior teachers who have been engaged after 2001, payment to all primary school teachers as per the 7th pay commission recommendations, and revocation of pension system introduced after 2005 and subsequent implementation of the previous pension system.