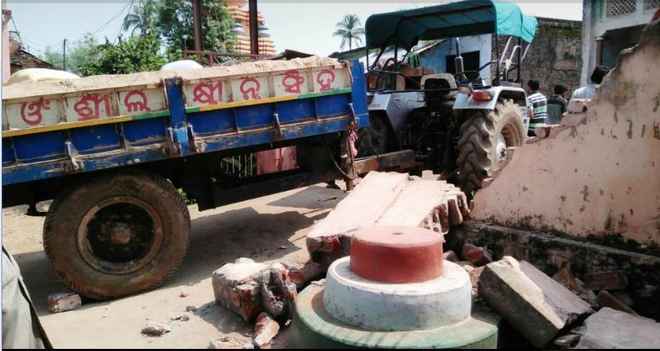 Khallikote: In a tragic incident, a class-VI student died today after the gate of Bania UGME school under Khallikote police limits in Odisha’s Ganjam district crumbled on him after being hit by a tractor.

The deceased was identified as Balmiki Gouda of Bania village.

According to reports, a tractor engaged in construction of school’s toilet dashed against the gate while it was carrying sand.

The gate collapsed under the impact of the collision and fell on Balmiki who was standing near it.

He sustained critical injuries and was rushed to Khallikote hospital where doctor declared him dead.