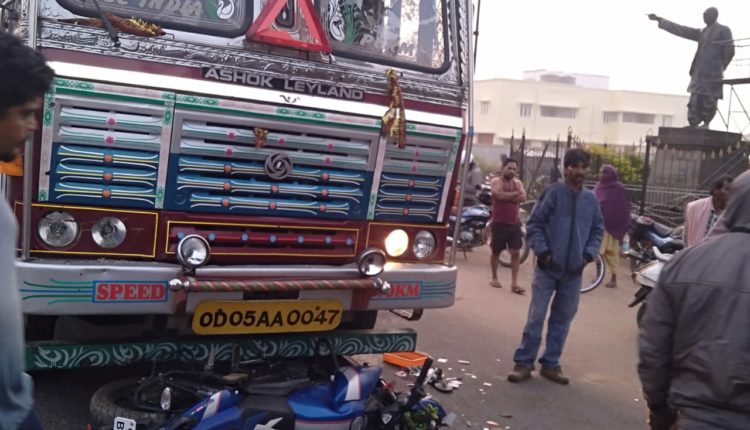 Boudh: A teenage boy was killed while  another suffered injuries after a speeding truck rammed into a motorcycle near Bridge Chhak on NH-57 in Boudh district in the morning hours today.

The deceased has been identified as Mahesh Pradhan (18) of Tutusingha village in the district.

According to sources, Mahesh and one Bimal Pradhan (17) were travelling on a motorcycle in the morning hours towards Boudh,  when a speeding truck hit rammed into the two-wheeler. While Mahesh died on the spot, Bimal, who suffered grievous injuries, was admitted to Boudh District headquarters hospital (DHH). He was later shifted to Burla Hospital in Sambalpur after his condition deteriorated.

After receiving information, police reached the accident spot, seized the truck and began an inquiry. The truck driver fled from the spot.  Meanwhile, agitated villagers staged a road blockade demanding compensation for family members of the deceased.