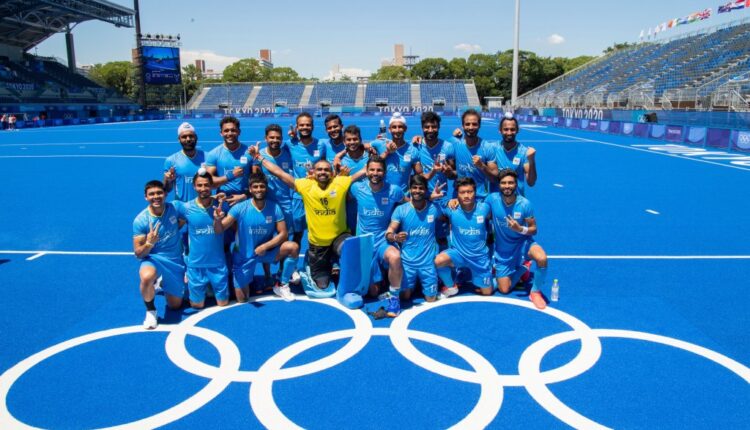 Odisha Chief Minister Naveen Patnaik today spoke to the team over video call and congratulated the players for their spectacular victory.

“Many congratulations to our hockey team. The whole of India is so excited as well as Odisha of course. We are all behind you and we wish you the very best and we are looking forward to receiving our Indian Olympics hockey team in Bhubaneswar on August 16,” Patnaik said.

Hon’ble CM interacted with the Indian Hockey Team over telephone and congratulated them. CM said, “We are all behind you and wish you the very best. We are looking forward to receiving our Indian Olympic #Hockey Team on 16th August in #Bhubaneswar.” #Tokyo2020 #OdishaCares pic.twitter.com/GfZoreTwb3

The men’s team made it to the semi-finals after 41 years but lost to Belgium. On Thursday, in an edge-of-the-seat match, India fought back brilliantly from a two-goal deficit to beat Germany 5-4 in a high-intensity goal-fest to win bronze, the country’s first medal in men’s hockey at the Olympics after 1980 in the Moscow Games, when they won gold.

Notably, the Odisha Government had in 2018 signed Rs 150 crore deal with Hockey India to sponsor the men’s and women’s national hockey teams over the next 5 years. This was the first time that a state government sponsored a national team.

Odisha has also hosted major hockey tournaments in the last few years, including World Cup in 2018, Champions Trophy in 2014 and Hockey World League Final in 2017.

It is all set to host the 2023 Men’s Hockey World Cup in Bhubaneswar and Rourkela. Country’s biggest hockey stadium with a seating capacity of 20,000 is being built in Rourkela for the World Cup.