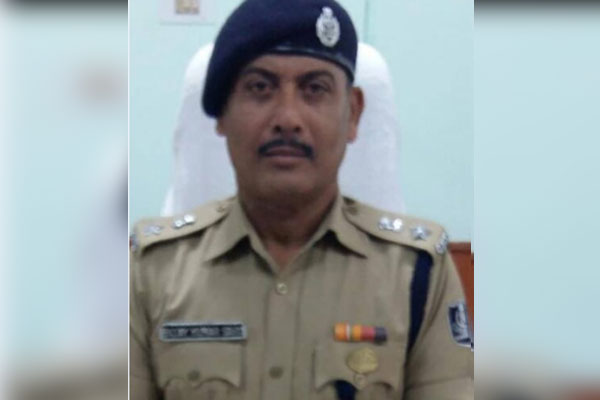 Bhubaneswar: Trouble mounted for DCP (Armed) Bijay Kumar Sahoo  after the wife of a Sepoy posted at OSAP 7th Battalion here brought serious allegation accusing him of  seeking sexual favours from girls and women coming to Family Welfare Centre for training on tailoring.

Submitting a written complaint with Odisha DGP,  Sunita Lenka, wife of  Sipoy Nihar Ranjan Nayak, alleged that her husband is under mental trauma for the last two months due to the exploitation by  the DCP (Armed) and was admitted to a hospital here yesterday.

As per the complaint,  Nihar, who is posted as a Sipoy Tailor at the Family Welfare Centre of the 7th Battalion, imparts training on various handicrafts to the wives and daughters of Sipoys and Havildars. Around 23 women and girls go to the centre for the training. Seeking sexual favours from the trainees, the DCP (Armed) forced Nihar to help him with the same.

“He forced my husband to take some of the good-looking trainees to his bunglow. After being pressurized and threatened,  Nihar managed to convince few women for a visit to the DCP’s bunglow. Many a time, he abused and threatened my husband of suspending him if the latter refuses to obey his order. He even had warned my husband not to go to any top cop’s house for tailoring-related work without his permission,” the woman alleged.

Sunita stated that her husband was appointed by Additional DGP (SAP) Nageswar Ray in July, 2012 and since then all four DCP (Armed) had admired her husband for his good work and even felicitated him for the same on various occasions.

Seeking  justice,  the complainant urged the DGP to take the matter into serious consideration and initiate immediate action against the senior cop following a proper probe.

However, the Armed Commandant refuted the allegation terming it as false and baseless.

Meanwhile, the Commissionerate Police has ordered a probe into the allegation. “The allegation has been taken seriously. Additional CP Rekha Lohani has been directed to probe the matter,” said Police Commissioner Soumendra Priyadarshi.