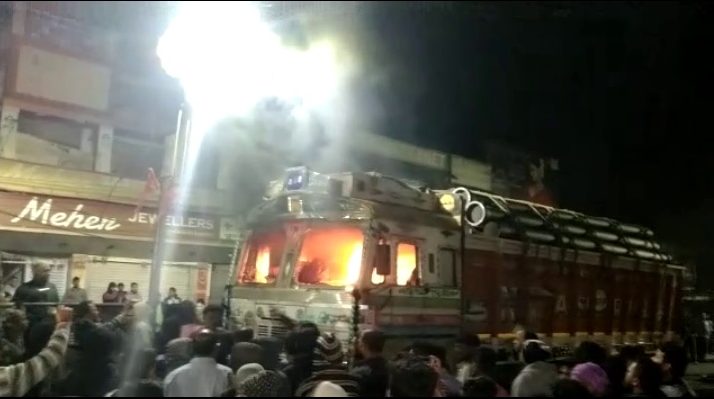 Balangir: Tension ran high near a temple square in Balangir town after a mob set two trucks on fire to protest a youth’s death in road mishap yesterday night.

The deceased was identified as Gopal Mishra, a resident of Gandhiapada in Balangir.

According to reports, the youth was mowed down by a speeding truck while he was traveling on his bike near the Shiv temple chhak yesterday night.

Following the incident, the irate locals torched two trucks parked nearby in the area protesting the resident’s death.

Receiving information, police reached the spot to disperse the mob and to bring the situation under control.