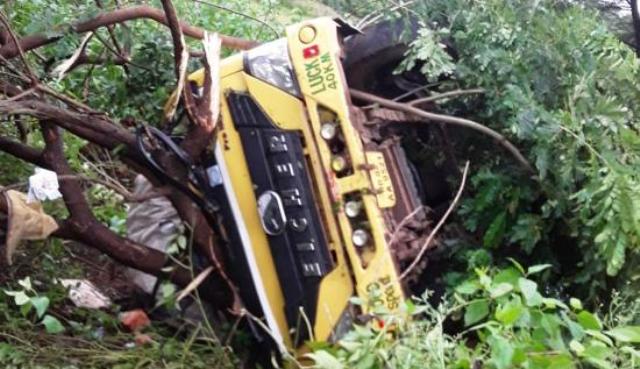 Boudh: A vehicle carrying answer sheets of the annual Matric examination conducted by the Odisha Board of Secondary Education (BSE) overturned on NH-57 near Khajuripada in Odisha’s Boudh district today.

According to reports, the evaluated answer sheets were being carried in a truck from Titlagarh in Balangir district to BSE’s office in Cuttack. The driver of the ill-fated vehicle lost control over the wheels, following which the truck skidded off the road and overturned.

The driver, who sustained critical injuries in the mishap, was rescued and admitted to the Boudh District Headquarters Hospital for treatment.

CBSE, Facebook to train students and teachers on digital safety