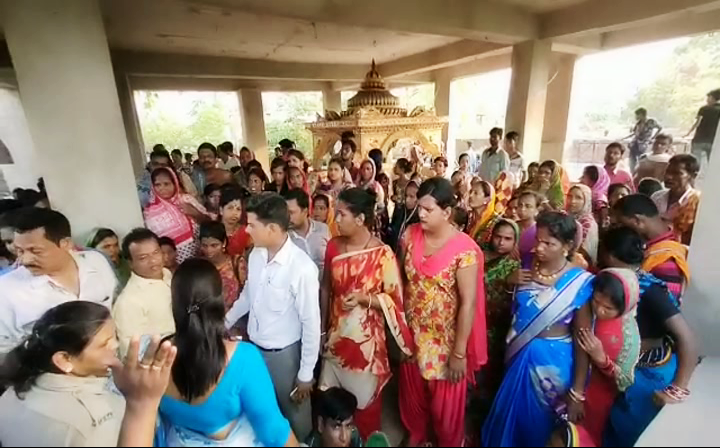 Cuttack: Despite interference by police and Child Line officials, villagers of Paikarapur under Choudwar police limits in Cuttack district managed to solemnize the marriage of a minor in the locality today.

However, a complaint has been lodged with the Choudwar police in this connection.

Sources said marriage of a 17-year-old girl was taken place at Paikarapur village this morning. Getting information, officials of Child Line and Odisha State Legal Service Authority (OSLSA) reached the spot and called up police. When the cops intervened to cancel the marriage, families and relatives of both families opposed the former. Soon after, a heated argument ensued between the cops and the locals.

Later, when the cops were taking the bride and her groom to custody in a police van, members of both families intercepted them and ransacked the vehicle. As the cops failed to take control over the situation, the two families conducted their marriage forcefully.

Later, OSLSA and Child Line officials lodged a written complaint with Choudwar police. The police began a probe into the matter.

“Members of both families misbehaved with us. Police could have brought the situation control. But only two to three police officials had come to spot. We called up the Choudwar IIC requesting him to send more force. But they failed to do it,” said a member of OSLSA.