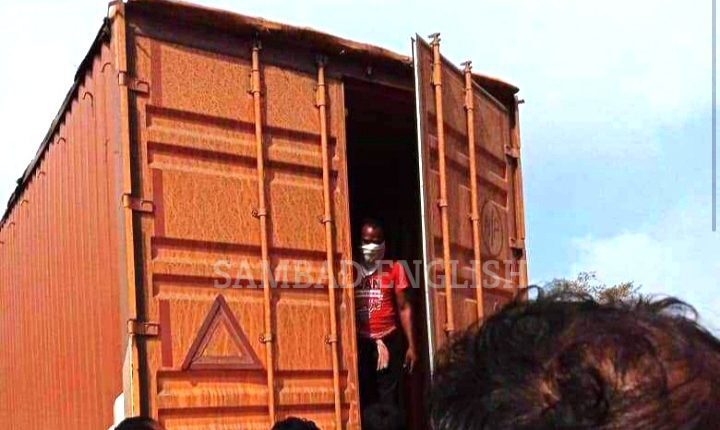 Bhubaneswar: Despite intensified vigil on borders, reports of people sneaking into Odisha from other states have raised question on  lockdown enforcement.

As per sources, a truck container illegally carrying people from West Bengal was en-route to Bhubaneswar this morning.  While moving on Balasore-Bhadrak road, some locals intercepted the vehicle at Ranital on NH-16 in Bhadrak district. Later, the locals found that around 10 to 11  people were there in the vehicle.

When the villagers tried to raise an alarm, some of the occupants got off and managed to flee from the spot while the container bearing number HR55 AD8574 drove away carrying the remaining people. The incident occurred at around 8.30 AM.  Soon after, the locals called up Bhadrak Rural police and informed about the incident.

Meanwhile, Panchayati Raj and Housing and Urban Rural Development Minister Pratap Jena today informed that though vigil has been tightened at all borders, it is not possible to completely seal the West Bengal border as it is too long. A Gram Panchayat level committee headed by Sarpanch with five members will be formed to keep track on people returning from other states, he said following  an inter-ministerial meeting held via video conference under the chairmanship of Finance Minister Niranjan Pujari.