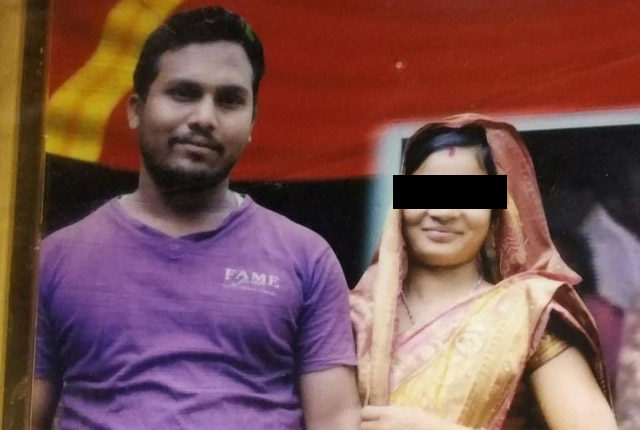 Khordha: The conjugal love between a couple had a tragic end after a woman ended her life following the death of her husband.

The tragic incident was reported from Badapadar village under Nachuni police outpost in Khordha district.

The deceased woman was identified as Rebati (22). She committed suicide by consuming poison after hearing death news of her husband Mahadev Bhola (25), a resident of Badapadar village.

According to reports, Mahadev, son of Shankar Bhola, had married Rebati three years ago and the couple has a one and half years old baby. He was working as a Poclain operator with a private firm in Andhra Pradesh to earn for the family.

Odisha girl dies by suicide after getting false info on…

However, the youth died of venomous snakebite on Feb 7 in Andhra Pradesh. The family members brought the body to Odisha and performed his last rites at the village on Saturday evening.

Unable to bear the shock and trauma after Mahadev’s death, his wife Rebati carrying their baby boy on her lap, consumed vermilion mixed with turmeric on Saturday night.

The next morning on Sunday, the family rushed her to the Tangi Community Health Centre where she was declared dead.

The Tangi police initiated a probe into the incident.