ODISHA LATESTTOP
By Sambad English Bureau On May 6, 2021 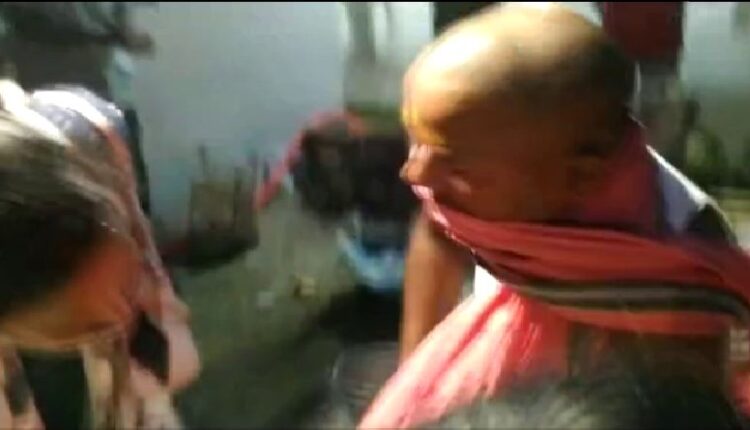 Balasore: At a time when the country is battling against raging second wave of Covid pandemic and subsequent restrictions on gatherings or congregations have been in place in Odisha, some villagers in Balasore district allegedly attacked a woman Tahsildar while performing her duty to stop violations of the Covid guidelines issued by the State Government.

The woman Tahsildar of Balasore Sadar, Anamika Singha received information yesterday evening that a villager in Odangi of Balasore was organizing an ‘Ekadasha’ feast and a large number of people were attending it.

After getting the information, the woman Tahsildar came to know from the local hospital that the organizer of the feast in Odangi had Covid symptoms and the concerned person’s mother, Haramani Rout died of Covid-19 few days back.

Even though the State Government puts a restriction on the number of attendees at death-related programmes up to 20, there were 50 persons at the ‘Ekadasha’ feast and food was prepared for around 500 people, the woman Tahsildar stated.

“When I asked the organizer to stop the ‘Ekadasha’ feast, the elder son of Haramani Rout and his family members argued with us. Finding no option, I tried to seize the cooked food in order to stop the feast. In the meantime, the elder son of Haramani Rout pushed me and attacked one of the three employees of the Tahslidar office who were accompanying me,” the woman Tahsildar stated.

Following this, Singha informed the higher-ups about the matter. Within 20 minutes the Collector and other senior Balasore district administration officials reached the spot. But conspicuously, the local police had not reached the spot by that time, the woman Tahsildar alleged.

The main accused managed to flee the spot. After the local police officials reached the spot, only three family members of the accused were brought to the local police station.
Singha further stated she filed a police complaint accusing Haramani’s elder son and his family members of violating the SC/ST Atrocities Act, attempting to murder her and preventing an officer with Magisterial power to perform the duty.

The woman Tahsildar added despite such serious allegations, the Balasore Sadar police let off the three family members of the prime accused without taking further action.

When asked, the police officer said the three persons were released after a discussion with the Balasore SP.

In his reaction, Balasore Collector K Sudarshan Chakravarthy stated action will be taken as per the law.