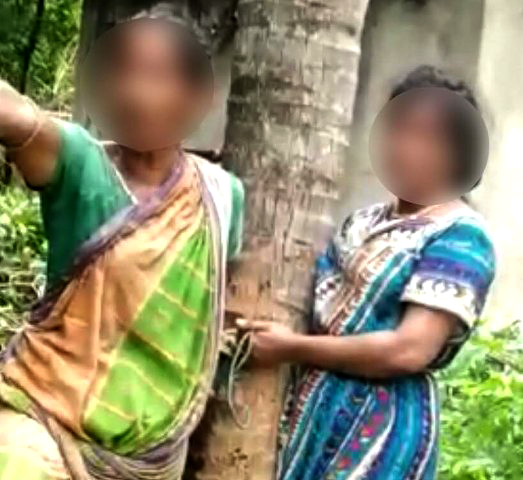 Balasore: Greed for wealth often leads to an ugly consequence in a family. Such an instance was found in Nilgiri area of Balasore district where a woman thrashed her youngest sister and tied her to a tree for ancestral property.

The victim woman was identified as Suniti, daughter of late Katuri Behera of Baulagadia village under Nilgiri police limits.

According to reports, Suniti, who is single by marital status, had been staying at her father’s house. While she was busy at household work at around 11.00 am on Sunday, a resident of the village namely Ramakant Behera started scolding her using offensive words. Later, Suniti’s elder sister Basanti, who is married, and Ramakant’s son Kanhei joined him. The trio started kicking and punching the helpless woman. Finally, they tied her to a tree and tortured her to own father’s property.

After hearing screams of Suniti, the neighbours rushed to the site and rescued her. She was taken to Nilgiri Sub-Divisional Hospital (SDH) in critical condition.

A complaint has been lodged at Nilgiri Police Station alleging Suniti’s elder sister of harassing her for the ancestral property after being motivated by her husband and nephew.