Odisha: Woman walks on knees to ‘ward-off effects’ of godman’s curse on husband 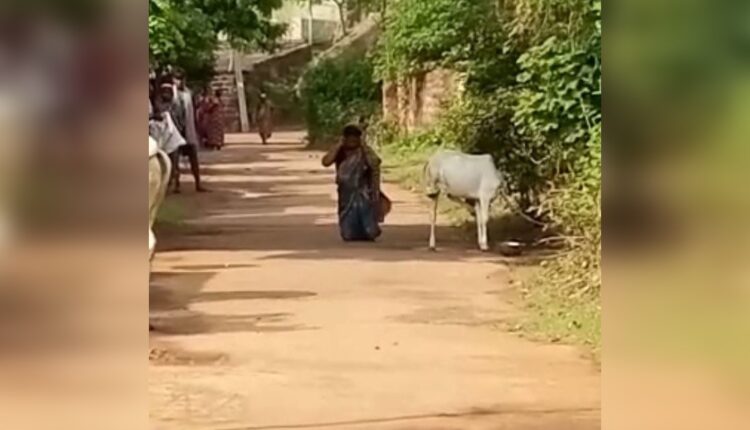 Cuttack: A woman walked on her knees while holding ears on village road from a temple to her house at Shankarpur village under Choudwar block in Cuttack district. The motive of the woman, Sagarika Sethi behind the knee-walking was to save her husband, Prashant Sethi from the curse of a godman (baba).

A video of the woman doing knee-walk on the village road went viral on social media recently. Following this, residents of the locality raised questions on the reasonability of the woman and her family.

It all began after the Sagarika’s husband Prashant asked the godman, Pabitra Baba not to litter the premises of the village Trinath temple. In his reaction, the godman cried and cursed Prashant.

“The godman cursed and said Lord Trinath, you take care of them and I am leaving this place,” the woman stated.

Sagarika said to ward-off the effects of the curse on her husband and upon advice from my father-in-law, she knee-walked from the Trinath temple to her house.

When a reaction was sought from the godman, he denied of cursing anyone.

Trapped in pond for 5 days, tusker dies after being rescued in Odisha

Yashwant Sinha to be opposition candidate for President