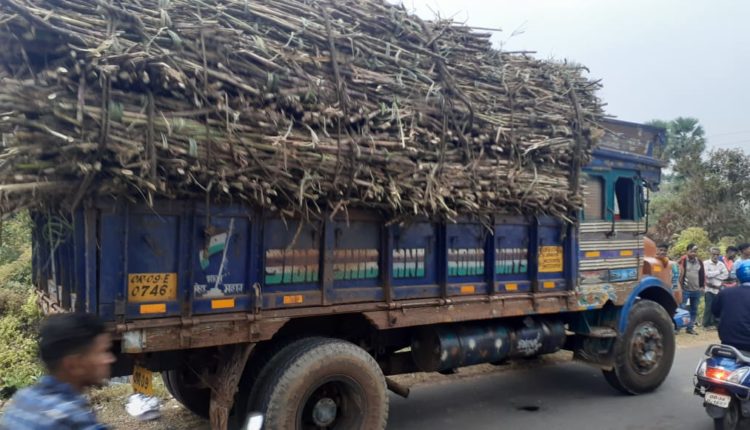 Jajpur: A  22-year-old youth died while two others suffered critical injuries in head-on collision between a truck and motorcycle near Baliapal Chhak under Bari police limits in Jajpur district today.

The deceased has been identified as Chinmay Mallick, son of one Gayadhar of Bandhadiha village under Brahmabarada police limits in the district.

Around 70 detained for travelling in truck in Odisha amid…

Sources said Chinmay, who works in Chennai, had come to visit his family today for New Year. When he was riding the motorcycle this afternoon, a truck loaded with bamboos collided head on with it  near Baliapal Chhak.  The bike which lost control after the crash hit a 55-year-old cyclist on the road later. While Chinmay died on the spot, his friend Bunty (21), who was riding pillion, and cyclist Somnath Padhee suffered grievous injuries.

The injured were later admitted to a nearby hospital for treatment.

ISL: Odisha aim to start 2020 on a high against Chennaiyin