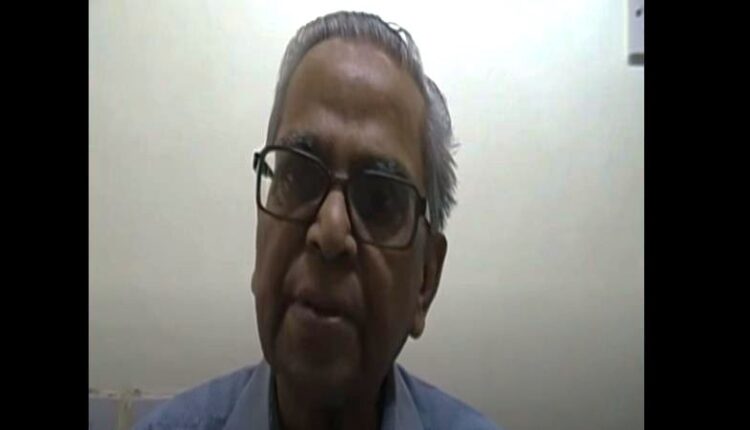 Cuttack: Eminent neurosurgeon Prof. Sanatan Rath passed away at his residence at Kanika Road in Tulasipur area of Odisha’s Cuttack city today. He was 86.

Prof. Rath died of a heart attack, sources said. He was a professor and Head of the Department of Neurosurgery, SCB Medical College here.

He became the Director of Medical Education, Odisha in 1991. When Rath began his work at SCB Medical College, he started a combined Neurology-Neurosurgery unit. He taught the physicians of the college the relevance of these subjects which led to greater awareness of neurological problems.

He was elected the President of the Neurological Society of India in 1994.

Chief Minister Naveen Patnaik expressed grief over the demise of Prof. Rath. The CM described him as a very popular surgeon known for his superb dexterity in the treatment of critical neuro patients. He was an accomplished professor and his immense contribution towards health education in Odisha, especially in neurology studies, will always be remembered, the CM said and conveyed his deep sympathies to the bereaved family.