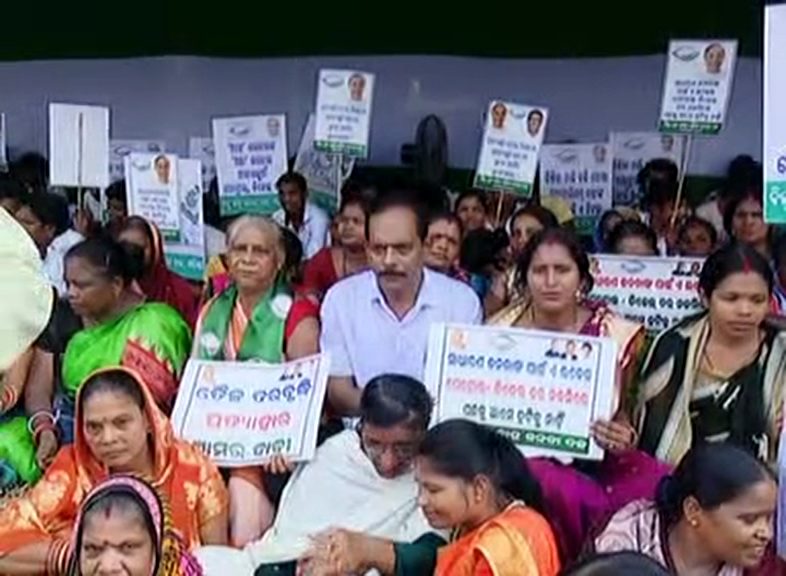 A memorandum addressed to the President of India was submitted to Governor Ganeshi Lal by a delegation of the party.

The party members also threatened that the protest will be intensified in all blocks of the state if their demands are not met.