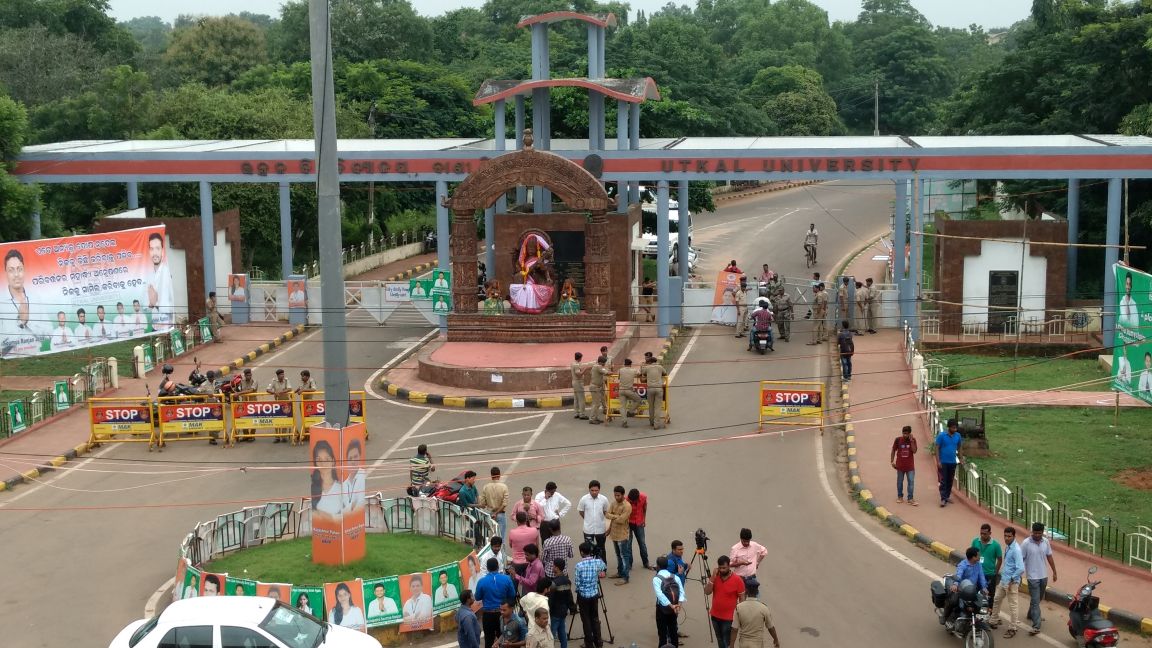 Bhubaneswar: The Utkal University in Odisha capital has been closed sine die and students’ union elections in the varsity have been cancelled following hurling of bombs near ladies hostel yesterday.

Students have been asked to vacate hostels by today evening.

On the other hand, a group of students today ransacked the office of the university’s vice-chancellor over cancellation of polls. Similarly, several students staged protest against the decision of the university authorities by burning tyres in the campus.

Meanwhile, one student has been arrested in connection with violence in the campus. Two separate cases have been registered at Saheed Nagar police station and six platoons of police forces have been deployed in the campus, informed Twin City Commissioner of Police YB Khurania.

Prohibitory orders under Section 144 of CrPC was yesterday clamped at the main gate of the university as tension ran high in the campus after some miscreants hurled bombs near ladies hostel.

Low-intensity bombs were hurled at the boundary of ladies hostel No. 5 and 6 triggering panic among hundreds of inmates. However, no student was injured in the incident.

Some irate students also clashed with the police personnel in front of the main gate of the varsity yesterday while the latter tried to pacify them.

Notably, a PG second year student of Utkal University on Thursday lodged a complaint with Commissionerate Police alleging that she was manhandled and molested by a non-student on Wednesday.

Worth mentioning, BJB Autonomous College, one of the topmost colleges of the state, was closed sine die on Wednesday following pre-poll violence in the campus.

In Pictures: Hartal by BJD across Odisha