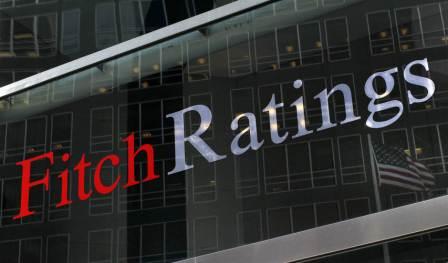 The proposed merger of the Indian state-run oil and gas companies would face significant execution challenges in managing integration of employees, addressing overcapacity in the merged entity and getting support for the merger from private shareholders, US rating agency Fitch Ratings said on Tuesday.

“A merger would face significant execution challenges, particularly in terms of managing the integration of employees, addressing overcapacity in the merged entity, and winning the backing for the merger from private shareholders,” Fitch said in a statement from Singapore.

“Proposals to consolidate India’s oil and gas sector have been floated before, but last week the idea was presented in a Budget speech for the first time. No details have yet been provided on which companies would be involved, but the aim is to create an integrated public sector ‘oil major’,” Fitch said.

Reviving a proposal first mooted more than a decade ago by then Petroleum Minister Mani Shankar Aiyar during the first UPA government, Finance Minister Arun Jaitley in his Budget 2017-18 said: “We propose to create an integrated public sector oil major which will be able to match the performance of international and domestic private sector oil and gas companies.”

The American agency said that a merged entity would have opportunities to save on costs and improve operational efficiency.

“Transport costs could be reduced by retailers sourcing from the nearest refinery, rather than the ones they own as is currently the common practice. A merged entity would also be able to share expertise for exploration and acquisition of resources,” it said.

“The integration of upstream, refining and retail companies would have the additional benefit of spreading the impact of oil prices movements across the various parts of the value chain, which would reduce volatility in cash generation,” it added.

Fitch, however, said there would be considerable difficulties involved in merging a number of entities “with differing structures, operational systems, and cultures.”

“Political sensitivities are likely to limit job cuts, and personnel-related issues are likely to arise from the need to manage hierarchies and potential overcapacity in the integrated entity.”

Analysts have been guarded in their reaction, in view of the fact that the official committee that studied the matter in 2005 had advised against a merger at the time as it felt the process could be lengthy and problematic.

“I think the motivation is right but the government has to be very careful in going ahead with the merger as that can take a lot of time in integrating cultures of various companies and the market conditions could also change,” said Anish De, Partner at KPMG in India.

“It will not be one company. It will not be wise to put all eggs in one basket. There will be multiple companies…but all these will be integrated,” Pradhan told reporters here following the Budget presentation.

He elaborated that each new company would deal with aspects of the entire value chain such as exploration and production, refining and marketing. (IANS)

Here’s why Zomato to shut its grocery delivery service…

JioPhone Next, jointly designed by Jio and Google, to be…