Old video of Sushant enjoying his day out in Paris surfaces 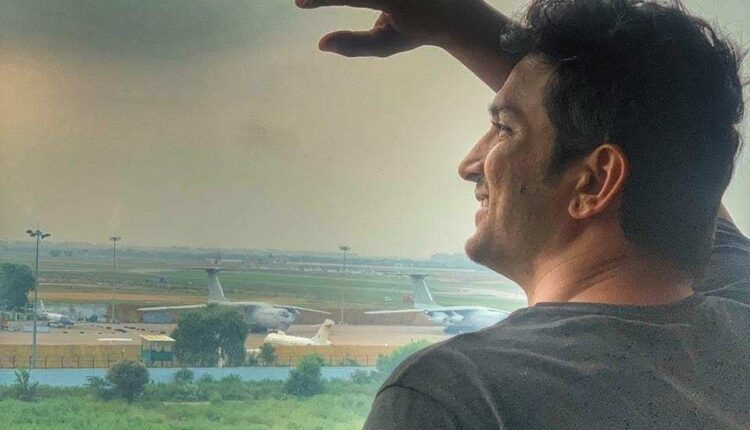 New Delhi: A day after actress Rhea Chakraborty claimed that her late boyfriend Sushant Singh Rajput did not step out of his room in Paris during their vacation, an old video of the actor enjoying his day at Disneyland in Paris has gone viral.

On Thursday, Rhea had opened up in an interview, claiming Sushant did not step out of his room in Paris for three days but was his fun self in Switzerland.

Following her claims, the video of Sushant enjoying Disneyland Paris has gone viral, with netizens slamming Rhea for twisting the narrative.

“Mickey in Disneyland! #livingMyDreams #lovingMyDreams,” he wrote while sharing the video.

Gave no permission to Rhea to visit morgue, BMC to Maha…

One user shared the video, and tweeted: “She is saying #SSR was in his room in Paris for straight 3 days and he didn’t come out of his room in #Paris !!! Hello hello, here is d proof of him enjoying in disneyland Paris… Wat a liar she is.”

Another posted: “So Rhea Madam, tell me who is this, who is seen having fun at Disneyland. #ArrestRheaChakroborty.”

“She said #SSR was in his room in Paris for 3 days, he didn’t come out. What about this,” one wrote.

“Perhaps #RheaChakrobarty was correct!!! Probably we all are depressed too and are hallucinating about the video in which #SSR was hallucinating enjoying Disney world “without leaving his room in Paris”!!!” shared another.

Sushant was found dead in his Mumbai apartment on June 14. His case is currently being investigated by the CBI, NCB and the ED.

Rhea quizzed by CBI for 7 hrs, asked about splurging with…