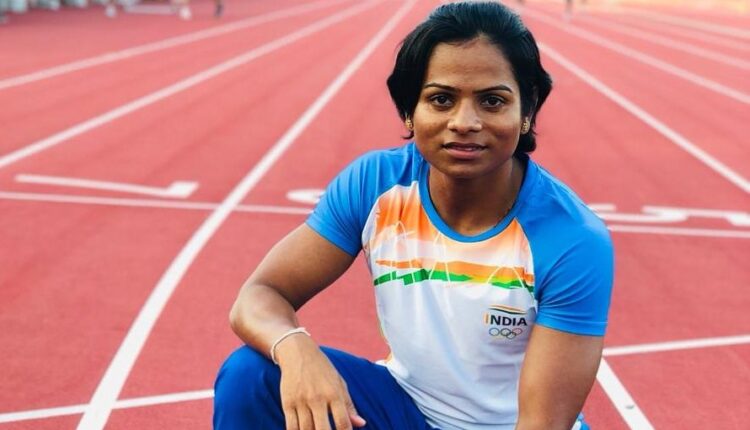 Bhubaneswar: Odisha’s ace sprinter Dutee Chand, the fastest Indian woman, will be in action at the Tokyo Olympics on July 30 (Friday) as she will compete against international athletes in the Round 1 of Women’s 100m event.

The semi-finals and final of the event are scheduled to be held on July 31.

Similarly, Round 1 and semi-finals of Women’s 200m event are scheduled to take place on August 2 while the final will be held on August 3.

Dutee had qualified for Women’s 100m and 200m events via world ranking quota. Earlier on June 21, she had set national record in Women’s 100m event by clocking 11.17 seconds at the Indian Grand Prix-IV organized by the Athletics Federation of India in Patiala.

Worth mentioning, Dutee is the only athlete from Odisha to participate in Tokyo Olympics.