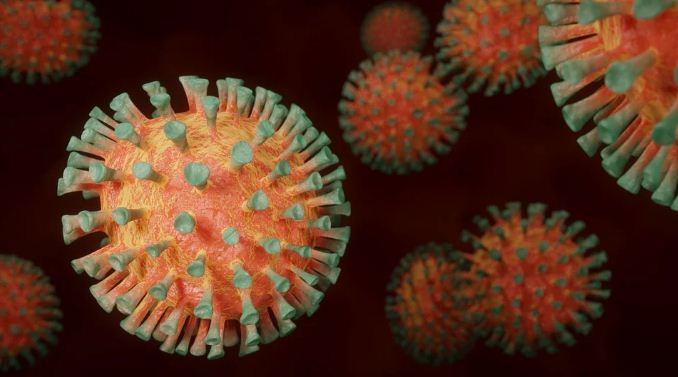 New Delhi: While back pain has been a common symptom of viral diseases, doctors are witnessing an increase in the case of severe back pain among Omicron patients, even after recovery.

The four most common symptoms of the Omicron variant are cough, fatigue, congestion and runny nose, according to US CDC analysis. Recently, the UK-based Zoe Covid app study added new symptoms such as nausea and loss of appetite.

“Back pain, though common in most viral fevers, but compared to Delta, Omicron patients tend to have more back pain and less loss of smell and taste,” Dr Ann Mary, Consultant, General Medicine, Amrita Hospital, Kochi, told IANS.

“A significant number of these patients are having back breaking pain in the lower back and severe myalgia which is adding to the patient’s woes,” Mary added.

Omicron is a variant of global concern due to its high transmissibility. Emerging research has revealed that the Omicron variant causes less damage to the lungs and less severe disease when compared to other variants.

“It’s a well known fact that myalgias are commonly seen in viral infections. Covid is not an exception but we are seeing more cases of back pain with Omicron even after recovery which patients label as weakness,” Dr. Arun Chowdary Kotaru, Consultant, Respiratory/ Pulmonology and Sleep Medicine, Artemis Hospital, told IANS.

However, since data on Omicron is limited and gene sequencing is costly, the reason is “difficult to explain”, Kotaru said.

First detected in South Africa and Botswana in late November, Omicron has been discovered in more than 100 countries and across all seven continents, as per the open access data sharing platform GISAID.

India on Wednesday registered 4,033 Omicron cases from 27 states. Of these, 1,552 have been discharged from hospitals.

Meanwhile, scientists at Department of Biotechnology’s Indian SARS-CoV-2 Genomics Consortium (INSACOG) in India said that the highly transmissible Omicron with three sub-variants – BA.1, BA.2 and BA.3 – is likely replacing the previously dominant Delta strain in India, pushing the daily tally of Covid cases in the country.

Among the three sub-lineages, the scientists have noted the significant presence of both BA.1 and BA.2 in genone tests conducted in the country. BA.1, in particular, has been co-circulating with Delta and also replacing it in Maharashtra and several other states. BA.3 has not been detected so far in the country, media reports said.

“The rapidity with which the infection is spreading, it looks like the Omicron is replacing the other variants in India, like the Delta variant. So we can say that it will be the predominant variant,” Dr Rahul Pandit Director-Critical Care, Fortis Hospitals Mumbai, told IANS.

“However, the Delta variant is still there and contributes to some amount of infection,” added Pandit, who is also Member of National and Maharashtra’s Covid-19 Taskforce. He said that Omicron is also causing the reinfection because we can see that most of the patients still remain asymptomatic.

“With the sudden surge, and if the South African trend is to be looked at, we can expect that cases will go up rapidly in the next 4 to 6 weeks, and come down rapidly as well,” Pandit said.