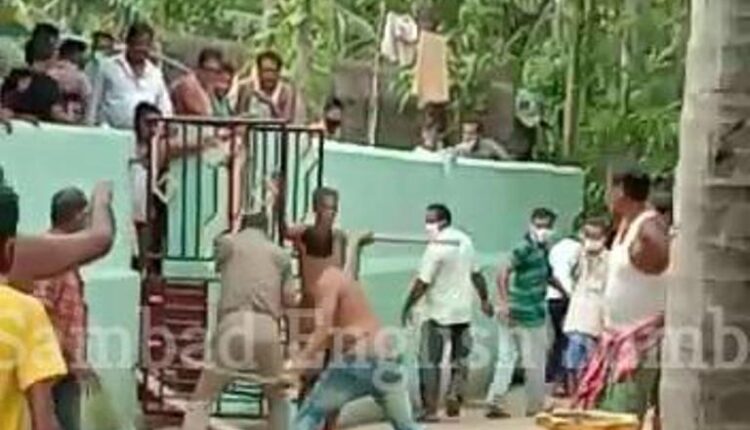 Jagatsinghpur: In a bizarre incident, a policeman was thrashed while he went to Balisahi village under Tirtol police limits of Jagatsinghpur district to investigate a theft case today afternoon. One Nanda Baral of the village chased the Constable of Tirtol Police Station and beaten up him mercilessly.

After a complaint was lodged at Tirtol police station over theft at Budhi Jagulaie Temple in Totasahi village on Wednesday night, a team of police personnel launched an investigation and engaged a sniffer dog to trace the suspected looter.

When the sniffer dog reached the house of Nanda Baral of Balisahi village, the Constable of the police team knocked at the door. Suddenly Nanda came out of his house carrying a weapon and verbally abused the police Constable.

Following an argument, Nanda chased the Constable and thrashed him causing grievous injuries. Two other police personnel of them were also injured while trying to stop Nanda. The injured were admitted to the local hospital.

The accused fled the village after the incident, said a villager.

A police official said the higher-ups have been informed about the matter and adequate number of police personnel will be deployed in the village.