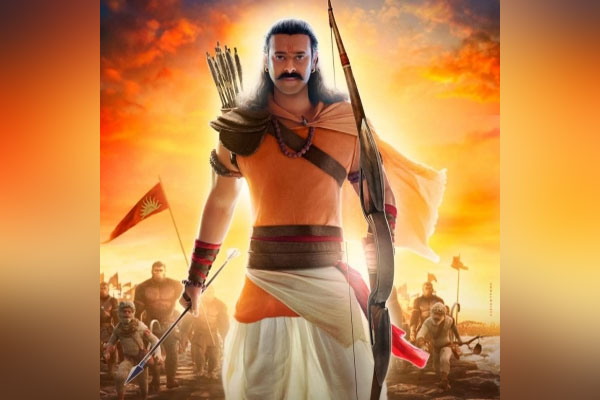 Chennai: The unit of director Om Raut’s ‘Adipurush’ on Sunday released actor Prabhas’s look in the film as Lord Ram.

The look was released on Sunday to coincide with the birthday of the actor who plays the lead in the film. The film is scheduled to hit screens worldwide on January 12 next year and will also be available in 3D.

Prabhas, who shared his look in the film on social media, wrote: “Maryada Purushottam Prabhu Shree Ram. ‘Adipurush’ releases in theatres on January 12, 2023, in IMAX & 3D!”

It may be recalled that the unit of the film launched the teaser and poster of the film on the banks of the Sarayu in Ayodhya.

Kriti Sanon, who plays the female lead in the film, also shared the poster on her timeline on Instagram.

Apart from Prabhas and Kriti Sanon, the film also features Saif Ali Khan and Sunny Singh in pivotal roles and is being produced by T Series and Retrophiles.