One burnt to death as truck, Hyva catch fire after head-on collision in Odisha

ODISHA LATESTSTATE
By Biswajeet On Apr 13, 2017 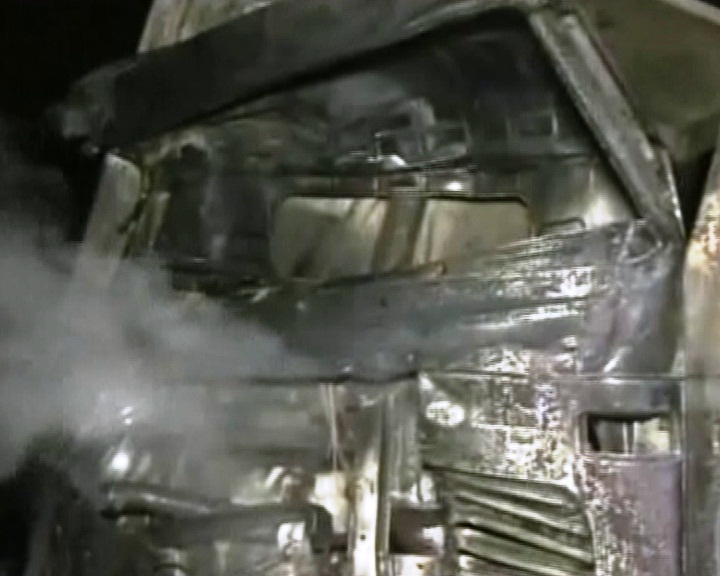 A truck and a Hyva caught fire after both the vehicles collided head-on near Baunsara under Dhanupali police limits in Odisha’s Sambalpur district late last night following which the helper of the truck was charred to death and the driver sustained critical injuries.

The impact of the collision, which took place at around 2 am, was so severe that the two vehicles caught fire immediately.

Though fire personnel rushed to the spot to douse the flames, Natha Sahu, the helper of the truck who got stuck inside the vehicle after the accident, had already burnt alive.

The driver of the truck, identified as Nimai Sahu, was rescued in a critical condition and admitted to Sambalpur Sadar hospital.

The driver and helper of the Hyva fled the spot after the accident.