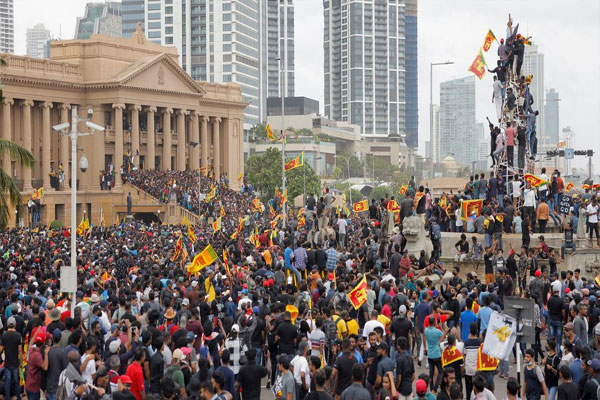 Colombo: One person died and 84 others injured in anti-government protests in the Sri Lankan capital Colombo, media reports said.

The 26-year-old man died from breathing difficulties after police lobbed teargas at protesters to disperse them, BBC reported.

The government has imposed a curfew in Colombo district from 12 noon on July 14 (Thursday) to 5 a.m. on July 15 (Friday).

The island nation has been witnessing months of protests over food and fuel shortage. Inflation in the crisis-hit country is more than 50 per cent.