One injured in firing by miscreants in Odisha’s Kendrapada 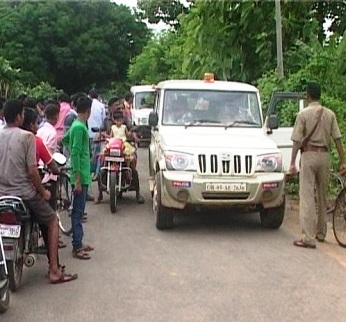 A person was seriously injured as two unidentified miscreants fired at him near Thakurapatna under Derabish block in Odisha’s Kendrapada district this morning.

The victim, identified as Sk Abdul of Haladia, sustained bullet injuries on his leg and back in the firing. He was initially admitted to Kendrapada hospital and later shifted to SCB Medical College and Hospital in Cuttack as his condition deteriorated, sources said.

According to reports, two bike-borne miscreants opened fire at Abdul at around 8.30 am when he was on the way to Kendrapada on a motorcycle.

Police have started investigation into the incident. The reason behind the firing was yet to be ascertained.