One killed, 8 injured as SUV falls off bridge in Odisha’s Balasore 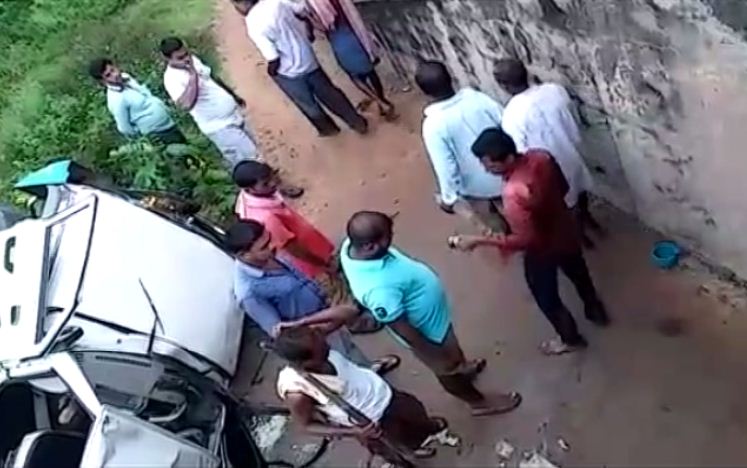 Balasore: At least one person died and eight others sustained injuries as an SUV in which they were travelling skidded off road and fell off a bridge at Nidhipanda on NH-60 in Odisha’s Balasore district early this morning.

According to police sources, nine persons of Aadia village in Basudevpur were on their way to Kolkata in the car for Durga Puja.

The driver of the ill-fated vehicle, identified as Shaktipada Ghadei, lost control over the wheels following which the car fell off the bridge and overturned.

All the travellers were injured and admitted to Balasore district headquarters hospital where the driver was declared dead.

Opposition within BJP to former MLA as Bijepur by-poll nominee