One killed, five injured after bus overturns in Odisha 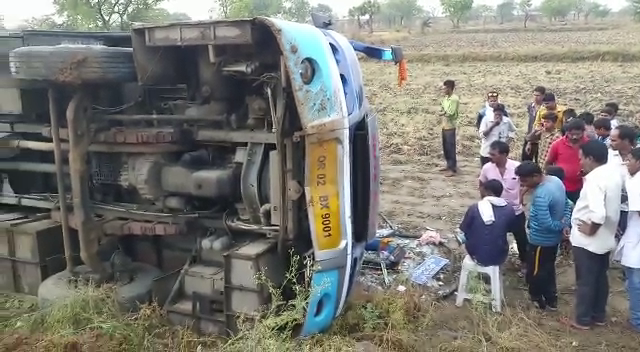 Balangir: One person was killed and five others sustained injuries after a passenger bus overturned near Randha area on Balangir-Sonepur road this morning.

The deceased person was identified as Arun Patra, one of the bus passengers.

The injured passengers were rushed to the Bhima Bhoi Medical College and Hospital in Balangir for treatment.

According to reports, the private bus carrying 10 passengers on the way to Balangir from Bhubaneswar overturned near the road at around 4.00 am after it lost control.

While one passenger died on the spot, five others were injured in the incident.

The fire services personnel rescued the victims trapped inside the bus.