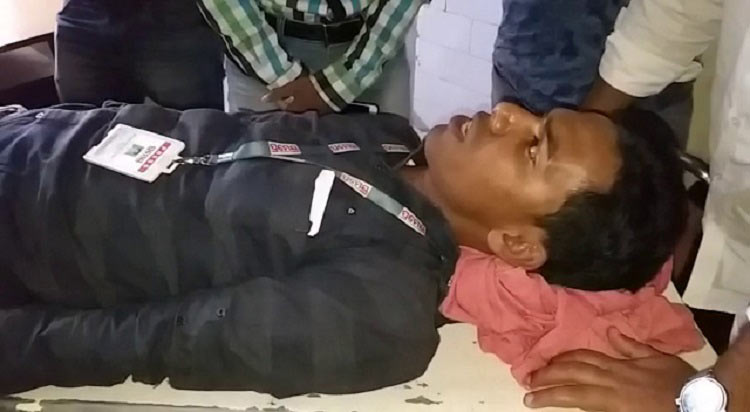 Puri: Once again, a journalist was attacked by unidentified miscreants near Beleswarpatna in Puri district yesterday. The scribe identified as Bikram Acharya was later admitted to hospital here in critical condition.

The incident took place when Bikram had gone to report an accident near Beleswarpatna on Puri-Konark marine drive.

Sources said when Bikram was clicking pictures of the accident scene, around five miscreants attacked him with wooden plank. Bikram, who sustained injuries on his head, chest and ear, was later rescued and admitted to Sadar hospital here.

Though the exact reason behind the attack is yet to be ascertained, previous enmity is suspected to have led to the incident.

Meanwhile, the Marine police have detained three accused in this connection.