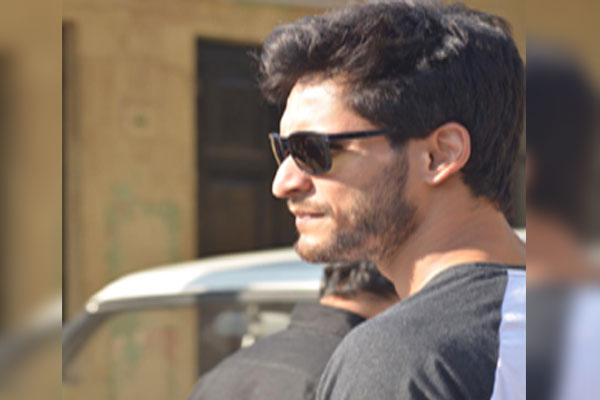 Bhubaneswar: Dreams don’t cost a penny but turning them true is a challenge that very few dare to take. We crossed paths with one such simple boy who dreamt of an extraordinary life and dared to turn it true.

Prem Parija, an Odia boy, has managed to pave his path into Bollywood. Born and brought up in Bhubaneswar, Prem was very clear about his passion for acting in Bollywood from a very young age. After completion of schooling from St. Joseph’s here, he moved to Delhi University for pursuing higher education and following his passion for acting.

Prem knew that getting a break in Bollywood won’t be easy. He too had to face rejection during his initial days of auditions for acting. But, instead of giving up, Prem started working as an assistant director in Bollywood in order to groom himself better and gain a deeper understanding of the entire process of film making.

He started in 2014 with Arshad Warsi starrer, ‘Welcome 2 Karachi’. Later, he worked in ‘Satyamev Jayate’, ‘Baazaar’ and also in Netflix series ‘Sense 8’. ‘Batla House’ was his most recent project.

Excerpts from the interview with Prem Parija:

You started working as an Assistant Director for your personal growth and deeper understanding. Now that you have a director’s experience, how do you judge yourself as an actor?

I don’t know if I’m a better actor or not, I can’t judge myself on that. That’s something that the audience will do when I get a chance to act. But, I definitely have a clearer understanding of how films are made, how much goes into making a film and how many people, apart from the actors, are involved who are actually more important. It makes me a better professional on sets. 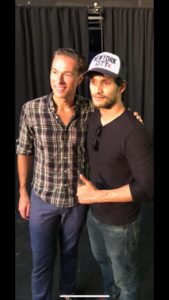 How did Hollywood happen?

There was this lady, Manhar who was working on Sense 8. We worked on a commercial together and she happened to like my work there. So, she called me in.

How different is it from Bollywood?

Honestly, it’s almost the same. But, I did have a great time working with the Sense 8 team. They have a very different style of working, they’re very organized and to-the-point. It was amazing to simply be around them.

You have done theatre. How different is theatre from films?

In theatre, you have one constant flow of emotion. But, in a film, it doesn’t work like that because you shoot according to a schedule and sometimes you shoot the end of the film, first. There is no continuation of emotion. According to me, shooting for films is tougher. Because, having done a couple of short films, I’ve felt that emotional continuity is very difficult to maintain. So yes, it was quite difficult and different in the beginning. 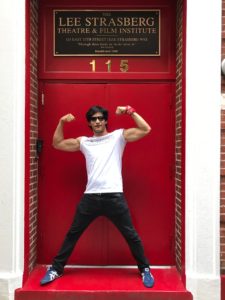 You took training in ‘method acting’ from The Lee Strasberg School of Theatre and Film, New York. Tell us your experience

It was a four months programme and by far, the best experience of my life, apart from working on Batla House with Nikhil (Advani) sir. Both of these experiences have taught me a lot. They have helped me grow as a person, an actor and a professional.

Being an outsider, how far do u think ‘nepotism’ prevails in the industry?

I have worked with the nicest people in the world- Nikhil Advani, Madhu Bhojwani and Monisha Advani, in the Emmay entertainment. They are wonderful, generous and they believe in true talent. So, I have never faced nepotism in my workspace, luckily. 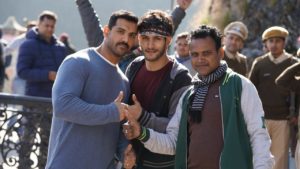 Now that you have experience in both fields, what’s your first love- acting or direction?

You are born and brought up in Bhubaneswar. But you started in Bollywood. Why so?

If given a chance, will you work in Ollywood?

I would prefer to let it go in favour of time in Bollywood, as of now at least.

What are your views about the Odia film industry?

I just met this fantastic actor Sabyasachi Mishra. We spoke for a long time. He told me about some of the films. I felt it was amazing how big the Odia film industry is becoming. Anubhav is an icon, Sabyasachi is a big star and a lot of good films are being made.

Do you watch Odia films?

I don’t get time to watch because they don’t get released in Mumbai.

There are two. I love Dharma Debata and Kandhhei Akhire Luha.

You are a huge SRK fan. What about him inspires you the most?

Everything! I mean just look at him. He is the reason I am working in this industry because he inspires you not only to become an actor but also inspires you to work hard and become a better person. Every single thing that Shah Rukh Khan does is inspiring.

How often do you come to Bhubaneswar?

I used to go once or twice a year, earlier but after my father’s demise in July, I am going home more often. 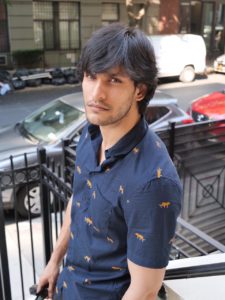 Home. I just love spending time with my family.

If you were not in the entertainment industry, where would you have been?

By far, who is your favourite director that you have worked with? 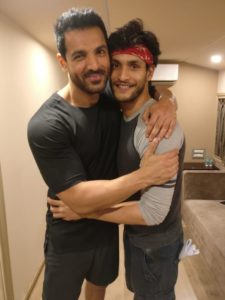 The actors, actresses and directors you are looking forward to working with?

Shah Rukh Khan, because I just love him and John Abraham, because he is the sweetest person in the world and most professional. I have done two films with him and he makes me feel like family. Among actresses, maybe Alia Bhatt. And Nikhil sir, for direction.

Vada Pav or Bara Ghuguni. Which of these is more tempting to you?

Although, I am on diet most of the time, Bara Ghuguni over Vada Pav any day.