OnePlus 5 set for US launch two days ahead of India 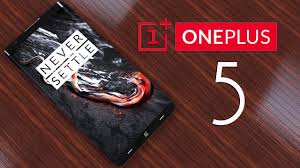 New Delhi/Mumbai: Two days before its much-awaited launch in India on Thursday, Chinese smartphone maker OnePlus was on Tuesday set to unveil its most powerful device ‘OnePlus 5’ in the US.

According to the company, OnePlus 5 is coming to India on June 22.

The launch is scheduled to be hosted by the global leadership team of OnePlus, along with Pete Lau, OnePlus Founder and CEO, at the NSCI Dome in Mumbai.

While it has officially been confirmed to be an Amazon India exclusive, the device will go on sale at 4.30 pm on June 22.

Amazon says India lockdown has hit it the hardest…

As for the OnePlus 5 specifications, the company has confirmed that the device will be powered by the Qualcomm Snapdragon 835 processor.

The device will house 20MP rear dual-camera and 16MP front shooter built in partnership with DxO.

The smartphone is said to have a 5.5-inch full-HD display.

The reports regarding the battery size are not clear yet. While some claim that OnePlus 5 has been tipped to house a 3,300mAh battery, others said it will come with a 4,000mAh battery.

Famous for its “Dash Charge” technology, the smartphone might have more capabilities this time around. (IANS)