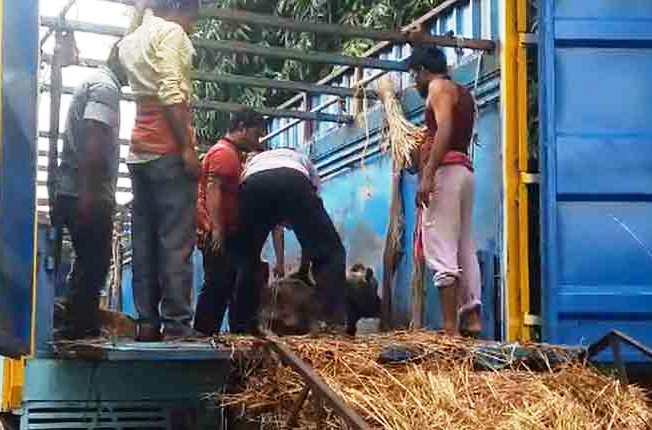 According to reports, the cattle were illegally trafficked from Athamallik to Kolkata.

Acting on a tip-off about illegal cattle trafficking, a special team of Angul police with help of Banarpal police raided near Banarpal and seized four trucks containing over 100 cattle.

A truck driver was detained in connection with the incident, while three others fled from the spot.