Over 100 tortoises seized from smugglers in Odisha, two arrested 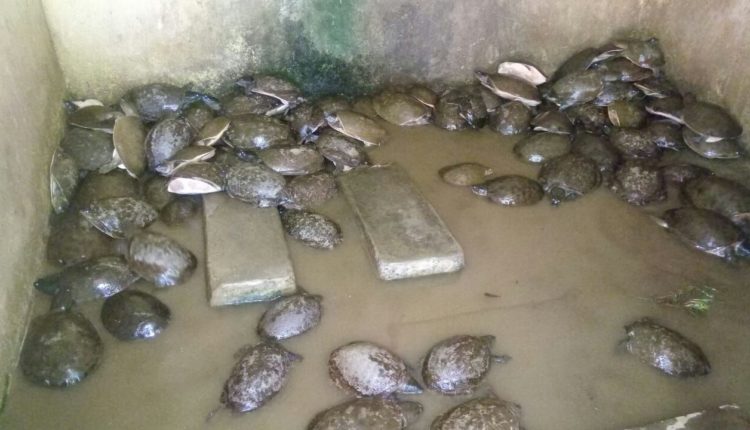 Forest department has arrested two persons in this connection. Both the accused identified as Baburam Haldar and Premchand Bauli hail from Raighar block of the district. They will be produced in the local court at Umerkote, the sources added.

The arrested have revealed to Forest officials that they often smuggled tortoises from Kalahandi district via Chaklapadar Dahimal, departmental sources said.

Out of the 115 tortoises seized from the accused persons seven were found to be dead and the remaining have been released into the Indravati river.