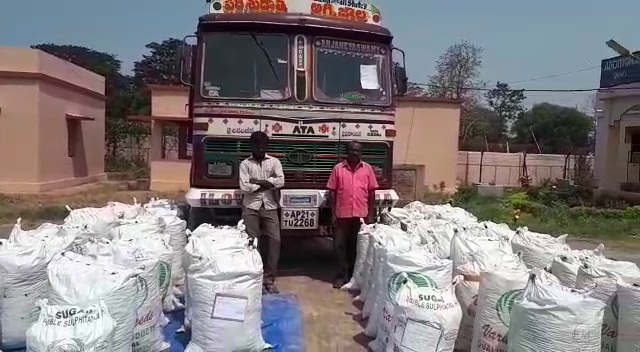 Two persons were arrested in connection with illegal supply of ganja.

The accused were identified as Moogi Venkateswarlu (36) and Chanti Suresh (28), both are the residents of Kurnool in Andhra Pradesh.

Sources said that the huge amount of was illegally smuggled to Nashik in Maharashtra from Achutapuram in Visakhapatnam district of neighbouring Andhra Pradesh via Odisha.

Acting on a specific information, a joint team of Narcotics Control Bureau (NCB) and Orkel police intercepted an Andhra Pradesh vehicle with registration number AP 21 TU2268 and seized 1598 kg ganja near a temple at Balimela.

They managed to nab two accused, who were the driver and helper of the truck during the raid.

The joint team of officials also seized four mobiles phones, some cash and 1800 kg crude salt from a truck that carried the registration number of Andhra Pradesh at Balimela Chhak.