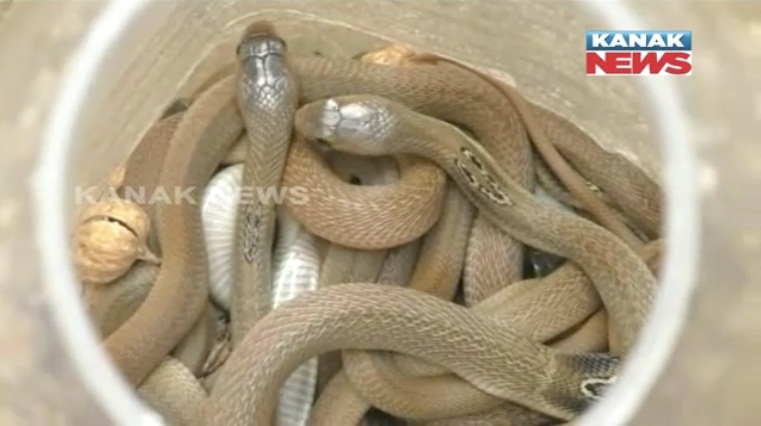 Jajpur: Members of the snake help line today rescued as many as 25 cobras and two banded kraits from a house in Borei village under Panikoili police limits in Jajpur district of Odisha.

According to Reports, an elderly woman living alone near the village this morning spotted a small cobra playing on the verandah of her thatched house, following which she informed it to her daughter over telephone.

The snake helpline team rushed to the village and rescued the snakes with the help of the villagers and forest officials by digging the verandah.

While three snakes were found dead, 23 small cobras and their mother along with two small banded kraits were rescued in the operation.

A huge crowd gathered in the village after the incident went air.

The snakes will be left in the nearby forest, informed a forest official.