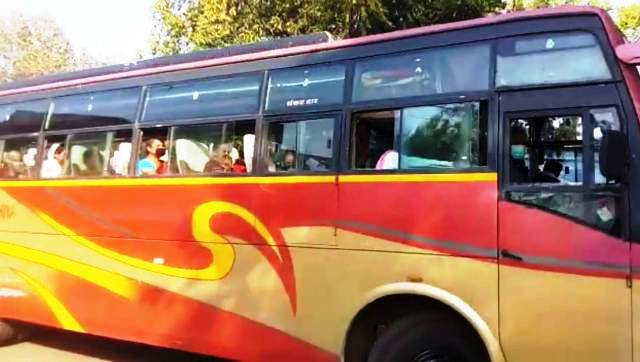 Rourkela: As many as 58 passengers, including driver and helper of a bus, were sent to quarantine by local administration here today after they returned from a pilgrimage in Uttar Pradesh.

Sources said the passengers, residents of Balangir and Sonepur districts, had gone on a pilgrimage to Mathura and Vrindavan in Uttar Pradesh before announcement of the lockdown. After Prime Minister Narendra Modi announced the nationwide lockdown on March 25, the pilgrims got  stranded there. Later, the administration there made special transport arrangements for their return to Odisha.

They were returning via Rourkela passing through the Jharkhand border.  When they arrived in Rourkela this morning, the local administration sent them to Ispat General Hospital (IGH) for a primary health checkup. All of them were stated to be fit and had no symptoms for COVID-19.

However, all of them were sent to an isolation centre developed by Rourkela Municipal Corporation (RMC) at Chhend for 14 days. The RMC has also made necessary arrangements, including food for all of them, sources added.

58 pilgrims in Odisha sent to quarantinecovid-19pilgrimage in Uttar Pradesh

No one is permitted to use ID card/pass for personal purposes: CP