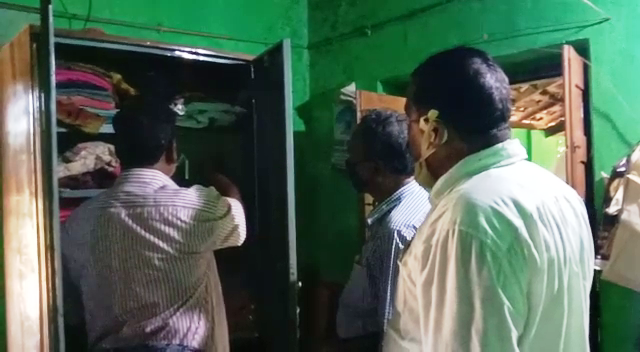 As per the complaint lodged at Koksara police station, when the family of one A Sreenivas Rao  was in deep sleep, miscreants broke into the house and looted Rs 1.4 lakh cash and around 60 grams gold from an almirah in he house before fleeing the spot late last night.

After realising about the theft this morning, Rao lodged a written compliant at Koksara police station. Later, the cops along with a scientific team visited the spot  and initiated an inquiry, informed IIC of the police station Basudev Chhatria.

“The miscreants had locked the room, where we were sleeping before decamping with the valuables from a almirah kept in another room. I do not suspect anyone’s involvement  in this theft,” said Rao.

Kalahanditheft. gold and cash looted from farmer's house in Odisha