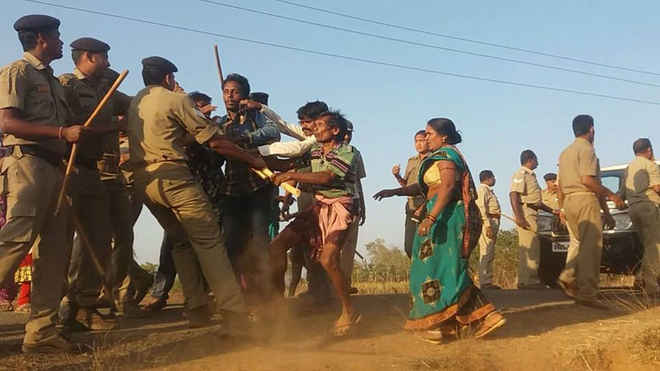 In a bizarre incident during the ongoing Panchayat polls in Odisha, 1100 votes were allegedly casted at a polling booth in newly-formed Siripur Panchayat under Bhawanipatna Sadar Block in Kalahandi district yesterday while the total number of voters in the area was 900.

Tension gripped the spot following the incident as irate villagers demanded re-counting of the votes and detained the polling party.

On being informed, Kalahandi Tehsildar and Sadar BDO rushed to the place, tried to pacify the villagers and persuade them to release the polling party but in vain.

Later, police reached the spot and rescued the officials during which a scuffle ensued between the villagers and the cops.

The villagers pelted stones at police vehicles in which windshield of the vehicles were damaged.

Two cases have been registered at Sadar police station in this regard.

On the other hand, Bhawanipatna SDPO Biranchi Prasad Dehury said that the district administration has been informed about the allegation of over-voting.

Autism Medical Board to be set up in Odisha districts